Trade ministers from 12 countries reached an agreement on October 5, 2015, to establish a historic Pacific trade accord.

The Trans-Pacific Partnership (TPP) would remove most trade tariffs between the United States, Japan, and 10 other countries, and is the largest regional trade agreement in history. The member countries represent about 800 million people and approximately 40% of world trade.

The text of the trade deal were recently released by the administration.

Talked about since 2008, the agreement gained momentum under the current administration, and President Obama has been advocating for its approval. The White House says the deal would eliminate thousands of tariffs and make U.S. export prices more attractive.

Under the pact, most tariffs would be lifted across a range of products including beef, sugar, seafood, dairy, other food products, manufactured goods, and energy. The deal also addresses intellectual property, e-commerce, the environment, and other trade issues.

Still, the trade deal must receive approval from Congress and policymakers in each country.

Division in both parties
Congress is divided on the deal, and there are supporters and opponents within both political parties.

Supporters point to the economic opportunity that would result from the agreement and the potential for other countries, such as China, to sign on in the future. Opponents believe the pact would encourage businesses to outsource manufacturing jobs to other countries and limit competition. Extending patent protections to other countries for products such as pharmaceuticals could drive up drug prices, many opponents contend. Another provision allowing multinational corporations to challenge regulations is also raising concern.

In addition, several national labor unions have voiced concern about the potential loss of American jobs resulting from the trade agreement. And presidential hopeful Hillary Clinton recently announced opposition to the TPP.

The deal will likely go before Congress for a vote early next year.

In September, exports rebounded and rose 1.6%, resulting in a decline in the trade deficit.

Seven countries in the TPP accord are also part of the RCEP negotiations (Australia, Japan, Malaysia, New Zealand, Singapore, Vietnam, and Brunei). If finalized, the agreement would represent about 3.4 billion people. 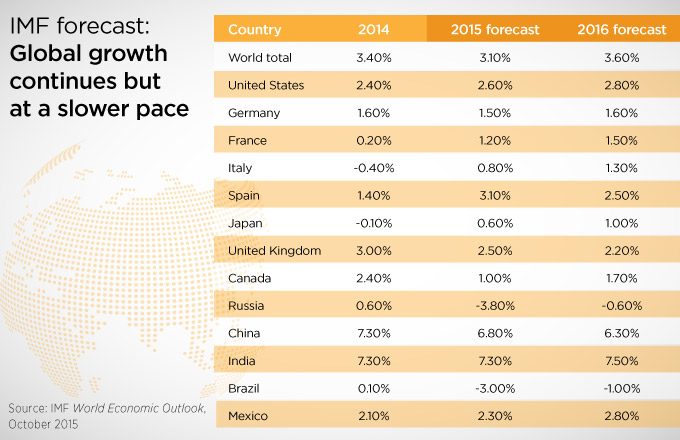